Vibrio Harveyi And The ‘Green Water Culture’ Of Penaeus Monodon

The “greenwater culture” of the tiger shrimp, Penaeus monodon, is an innovative culture technique for the grow-out rearing of shrimps. This culture method involves the use of rearing water of tilapia for the rearing of tiger shrimp in grow-out ponds and or the polyculture of shrimp with tilapia. This culture technique was reported to prevent disease outbreaks attributed to luminescent Vibrio. To understand the possible mechanisms of luminous Vibrio control in the green water culture system several studies were conducted. This review summarizes the highlights obtained so far from these studies consisting of:

a) effect of rearing waters from tilapia culture and shrimp cultured with tilapia on Vibrio harveyi;

b) estimation and preliminary identification of cultivable bacteria, fungi and phytoplankton flora associated with the “green water culture” system and 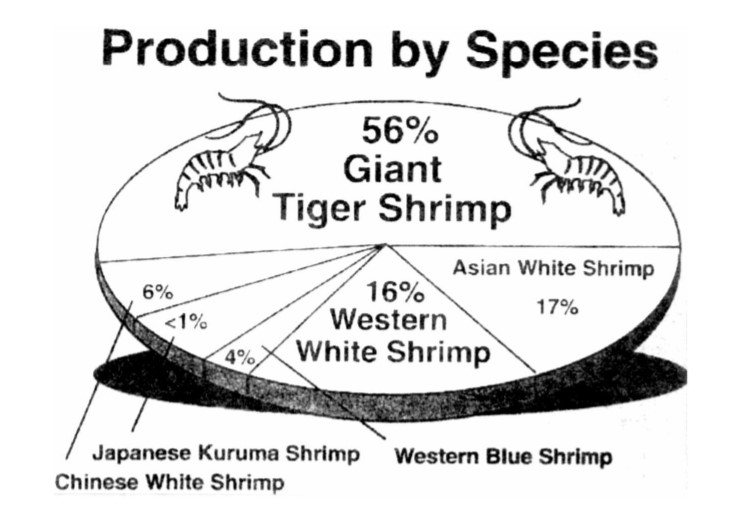 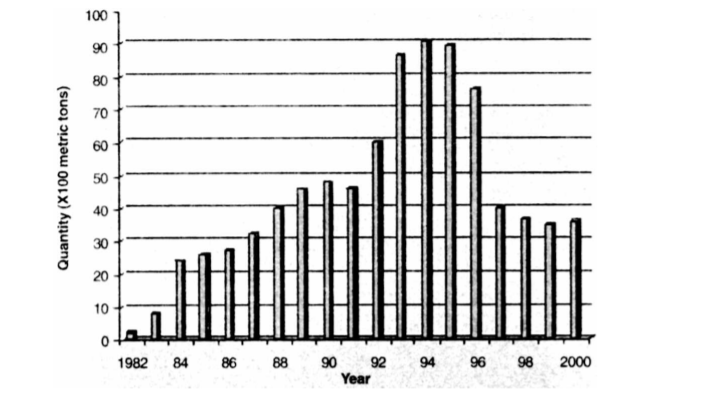 To prevent the multiplication of luminous Vibrio in the shrimp grow-out ponds and to improve survival and production, innovations in shrimp culture techniques were developed (NPPMCI, 2000). Among these is the “green water culture technique” also known as “Tilapia integration to shrimp culture technique” (TIPS) for the grow-out culture of the tiger shrimp, P. monodon, initiated in 1999. The application of this rearing technique was reported to prevent the increase of V. harveyi in the ponds thereby preventing the onset of V. harveyi infections in the cultured shrimps (Fig. 3) (Platon, 1997; Corre et al. 2000). Briefly, this method utilizes water from tilapia culture ponds as the major source of rearing water for shrimp culture. In addition, tilapia may be stocked in cages in polyculture with the shrimp (Fig. 4). 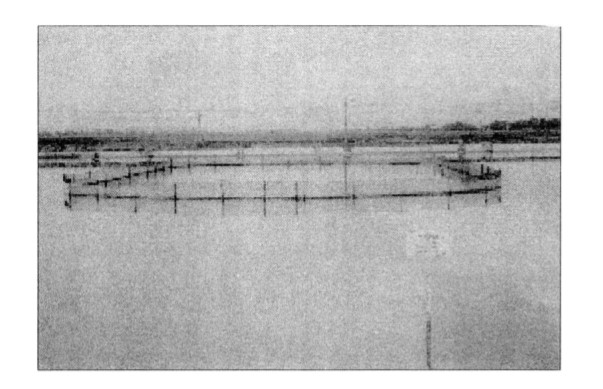 Figure 4. The ‘green water culture” system in the grow-out culture of Penaeus monodon with Tilapia at the central cage

Because of the successful production runs attributed to the ‘green water culture” system for the grow-out culture of P. monodon, this culture technique has gradually gained acceptance among shrimp farmers. However, the basis for its success needs to be investigated scientifically. This report summarizes the results of studies on the microbial flora associated with the “green water culture system” conducted at SEAFDEC-AQD namely:

a) effect of the green water culture rearing waters on V. harveyi;

b) estimation and preliminary identification of the cultivable bacterial, fungal and phytoplankton flora associated with the green water culture system; and

Pure cultures of V. harveyi were exposed to rearing waters of shrimp grow-out culture, shrimp with tilapia culture, tilapia culture and their respective seawater sources in triplicates. Results did not show a consistent correlation of V. harveyi inhibition when treated with rearing waters stocked with tilapia or shrimp with tilapia. It is likely that the varying conditions in the sampled ponds at different sites, influenced the results. Therefore, the experiment needs repetition under more controlled culture conditions.

The microbial and phytoplankton flora associated with the green water culture system of P. monodon were estimated and isolated. Bacterial counts using the spread plate method were done on nutrient agar (NA) supplemented with NaCl, thiosulfate citrate bile salts (TCBS) agar and Pseudomonas Aeromonas Selective Agar (GSP). Identification was based on Gram staining characteristics and biochemical tests following Baumann et al. (1984), Krieg (1984) and Popoff (1984). Fungal enumeration, isolation and identification followed the methods of Barnett and Hunter (1987), Kohlmeyer and Volkman-Kohlmeyer (1991) and Leaño (2002). Phytoplankton estimates were made using standard methods on a Burker Turk hemacytometer and a SedgwickRafter counting chamber with characterization. Identification of the algae followed the key of Yamaji (1991).

Likewise, the presumptive Vibrio counts (PVC) of water sources and the green water rearing waters did not vary significantly at 10-103 cfu/ml. The PVCs of the hepatopancreas of shrimps cultured with tilapia were 10-103 cfu/g. The mucus of tilapia contained PVCs of 103 -104 cfu/ 5 cm2 while the fish gut harbored PVCs of 104 -106 cfu/5 cm.

On the other hand, total fungal flora showed the highest load on the fish gut at 102 -103 cfu/5 cm and mucus samples at 48-102 cfu/5 cm2 . Lower fungal load, however, were observed in shrimp hepatopancreas and water samples yielding 2-37 cfu/g and 5-44 cfu/ml, respectively. The yeast population was dominated by Rhodotorula sp., Saccharomyces sp. and Candida sp. Among the genera of filamentous fungi commonly observed were Aspergillus sp., Penicillium sp., Fusarium sp. and Curvularia sp.

Bacterial, fungal and algal isolates obtained from the “green water culture” system were screened for the presence of extracellular and intracellular metabolites affecting growth and viability of luminous Vibrio. Pure cultures of each isolate were used. In-vitro co-cultivation of selected bacterial and algal isolates with V. harveyi were conducted and the survival of V. harveyi was quantified after 24 and 48 h exposure. Fungal assays for extracellular metabolites were conducted using the modified disc-agar-diffusion method.

The present study has shown that some bacteria, fungi and phytoplankton associated with the “green water culture” system secrete growth inhibitory metabolites against V. harveyi. The undetectable levels of luminous bacteria in the hepatopancreas of shrimps cultured with tilapia and in the mucus of tilapia is a further positive indicator that the “green water culture” system does prevent the multiplication of the luminous Vibrio. This may be attributed to the strong antibacterial activity of protein extracts found in the fish mucus (Ebran et al., 1999). Moreover, Chong et al. (2002) reported that among tilapia, snakehead and carp mucus, tilapia mucus had the highest level of proteins. Earlier, Torrento and Torres (1996) and Ruangpan et al., (1998) reported the in-vitro inhibition of V. harveyi by Pseudomonas spp. and Vibrio alginolyticus, respectively.

The presence of filamentous fungi and yeasts especially in the gut and mucus of tilapia in the “green water culture” of P. monodon, may also contribute to the inhibition of the growth of V. harveyi through the production of intra- and extracellular metabolites, as shown in the metabolite assays in this study. Many marine fungi produce novel compounds and enzymes (Biabani and Laatsch, 1998). Furthermore, fungi are good sources of glucans, a proven immunostimulant for crustacean species (Sung et al. 1994; Devaraja et al., 1998, Chang et al., 2000). Thus, their role or importance in many marine habitats, including aquaculture ponds, need further investigation.

Microalgae as absorbers of carbon dioxide and providers of oxygen, improve water quality in the aquatic environment through oxygenation and filtration. These processes help prevent the occurrence of diseases caused by pathogenic bacteria and fungi (Round, 1973). Moreover, phytoplankton are potential sources of anti-microbial compounds. Chlorella, for instance, is used in the preparation of the antibiotic, Chlorellin, against gram positive and gram negative bacteria (Sharma, 1986). Nitzschia perlea produces a growth inhibiting antibiotic against Escherichia coli (Round, 1973). In a mixed culture experiment of 102 cfu/ml V. harveyi with either 105 cells/ml Skeletonema costatum or 106 cells/ml Chaetoceros calcitrans, the population of the bacterial pathogen was reduced by at least one log but not in the corresponding algal-free filtrates (Lavilla-Pitogo et al., 1998b). Furthermore, Naviner et al. (1999) partly purified the bioactive compound found in S. costatum.

In summary, the effectiveness of the green water culture system for the grow-out culture of P. monodon in preventing luminous vibriosis maybe attributed to the presence of bacteria, fungi and algae that secrete V. harveyi growth inhibitory factors. In addition, the yeasts flora that are significantly abundant in tilapia, is a probable source of beta-glucan that is known to exert an immunostimulating effect on P. monodon against Vibrio infections. Also, the tilapia mucus that apparently prevents the colonization of V. harveyi on the fish skin, may also shed these anti-V. harveyi factors into the rearing waters thereby contributing to the biocontrol of this bacterial pathogen. It is likely that the low to undetectable levels of luminous Vibrio in the green water 177 culture system for P. monodon is a result of the combined inhibitory effects of factors in the fish mucus and microbial flora of this culture system. Therefore, the microbial flora associated with the “green water culture” system is an excellent source of indigenous microorganisms with probiotic potentials.